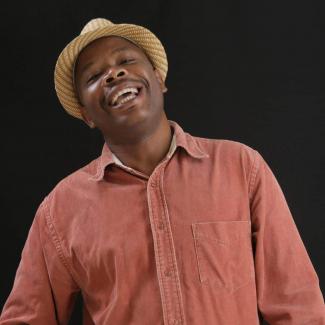 Degree in Bachelor Of Science major in Physics and Chemistry, University Of Botswana, 1998

I am part creator and series producer of a Botswana Television commissioned popular 26 episode drama called Colours. Also produced health show called healthChat, as well as a number of programs such as Little Feet, #BWHustle. Currently developing another drama series called Sparkle. Clients involve such organizations as KFC, Debeers/DTC, BTU, Design Surgery, Zhe, BAAA, Botswana Television etc. Was also a technician and cameraman for a full year contracted by Botswana Television to do all their live football games of the premier league.

Came up with the breakfast show concept, then designed the set. Did the lighting plan for the set. Pitched the program segments. Produced the flagship segment DISCOVER BOTSWANA for Botswana Tourism Organisation, which entailed showcasing and promoting Botswana tourism destination sites and sounds. Provided leadership to the team.

The job entailed supervising all lighting personnel, doing creative lighting of the studio sets so as to create the requisite look and feel for quality pictures for all Botswana Television studio outputs.

Job entailed on air presentation, researching on all forms of jazz genre in the world, compiling the playlist and promoting the local jazz music.

Diacha was an entertainment magazine show. Came up with the concept for the show. Personally filmed it and produced it until it ended in 2005.

Job entailed doing and filming a variety of programs such as Magazines, Sports, Documentaries and News. I was the most travelled cameraman with the presidential entourage internationally then.