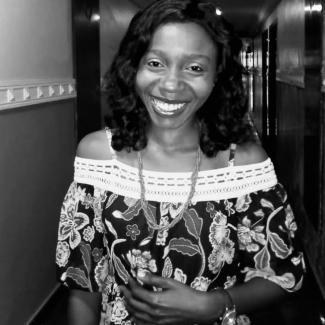 Kenechi Oraghalum is a freelance Producer, Director, 1st AD, 2nd AD, Lines Producer, Breakdown and Scheduler.Kenechi recently took a certificate course in Filmmaking at the New York Film Academy LosAngeles and graduated with an A (4.0). During my studies there, Kenechi learnt how to be a creative story teller, moving from story to screen. Kenechi also wrote, produced and directed six short films. Prior to this time, Kenechi studied Theatre Arts at the University of Calabar, Nigeria and obtained an upper 2:2 degree in Theatre and Media Arts. During my years at the University, Kenechi received numerous awards including: a) certificate of excellence for outstanding scenic and ligh!ng designs; b) nomination as one of the best stage managers/best femaleTechnical directors; c) a final year award for the best Critic in the department. December 2020, she won best director (Special Hounrable mention) at Sprouting seed international film festival. Since the completion of her degree program, Kenechi have worked for a private filmmaker and for a Nigerian State Tourism/Carnival in various capacities, including Scenery and lighting designer; Stage Manager; and Production assistant. My work and learning opportunties have enabled me appreciate the ways in which storytelling, Theatre and Film can be used to portray human experiences.