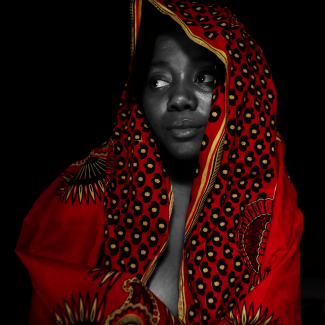 Nikita Neo Mokgware’s love for entertainment began at a very young age and has not dimmed since. She is a professionally trained actress, holding a Bachelor’s of Arts Honours degree in Drama and Film Studies from the University of Pretoria. She majored in Performance studies, Screenwriting and Physical Theatre.

Nikita performed in numerous shows while studying in South Africa, such as Myer Taub’s Christine’s Room and Micia de Wet’s Go sa na le Leina, which was showcased at the State Theatre during the Vavasati International Women’s Festival in 2016. She performed during the annual Krekvars Festival held at the University of Pretoria, which also won awards during their run: Carla Classen’s She Cried and Forgot to Say Sorry – a physical theatre performance that won the US Woordfees Prize, 2016 – and Aneshree Paul’s Lucidity, where Nikita won the Kyknet Award for Best Actress, 2015.

She moved to Gaborone mid-2017 and in November, was appointed Stage Manager for Mascom’s President’s Concert 2017. In 2018 she was the assistant director and scriptwriter for the radio drama Matswaka Bae, in collaboration with Sky Girls BW. She was also the PA for TOPArts Production company under the supervision of Creative Director Tefo Paya.

That year she craved to widen her directing and producing skills, wanting to be able to hold her own theatre shows and make her own films. A few months into the year, she got her wish: she was accepted into the Multichoice Talent Factory program where she is currently learning everything she needs to know on how to make films, plays and one day own her very own production company.

Thesis Title – 50% Black: An Analysis of Trevor Noah’s The Daywalker

I have performed in a number of theatre works such as She Howled and Forgot to Say Sorry (2016) which won an award at the annual Krekvars Festival and The Bun and The Oven (2018) which was co-written by me and is being adapted for screen.

I was an official script writer for the radio drama Matswaka Bae, which is owned by the Sky Girls company.

I was the festival assistant for the Maitisong Festival, 2018. I assisted with scheduling, marketing, and general co-ordination admin.