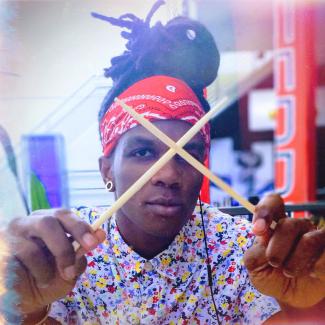 Currently at the Multichoice Talent Factory training with the best in the Cinema & TV Industry to achieve international standards of filmmaking and be able to enter various festivals and distribute content worldwide.

Working as a consultant/contractor for various United Nations agencies such as UNHCR, UNFPA and UNDP.

Geração 80 is a production company that produces corporate content, music videos, adverts, short films and documentaries for various institutions including the European Union.

There I functioned as a camera operator, editor and assistant producer.

My role at VAMedias was to come up with concepts for TV Pilots, manage the production team, shoot
and edit various content from a car show to an extreme sports reality show.

I translated and added the subtitles to the first feature film co-produced between Angola and South Africa.

The movie is called Dias Santana, which was also screened at the Marche Du Film in Cannes.

I advertised an Afrikaans short film made by students at AFDA in Cape Town, that was turned into a feature film by ZenHQ Films’ called Die Windpomp.

The movie was screened at the Marche Du Film in Cannes and Sonoma International Film Festival in California.