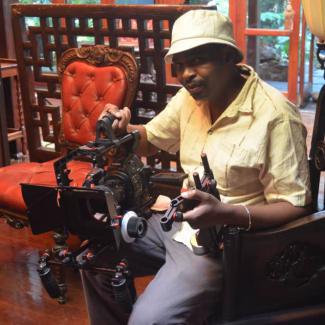 I am Driven Filmmaker who likes to think beyond what is presented I am an outcome driven person and when i Commit to doing it I must see it through I never do anything halfheartedly it's either focus on it 200% or not at all. I am strong team player I believe in pass on the skill.