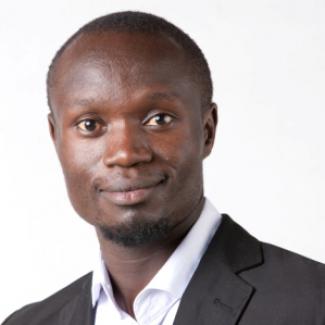 Peter Kawa is an award winning actor and one of the most prolific arts enthusiasts in the Kenyan entertainment Scene. Kawa has always managed to stay true to whatever character he has been cast in, most of them being the role of the antagonist. Among the notable projects Kawa has worked on is ‘Sumu La Penzi’, as Oscar, a (Riverwood Awards Best Supporting Actor nominee - 2018), ‘FIHI’ where he acted as a rogue pastor (Riverwood Awards Best Actor - 2018) ‘Shattered’, a feature film which starred Nigerian actor, Rita Dominic, ‘Embrace’, a short film that won him ‘Best Actor at the 2018 Eldoret Film Festival’, ‘Edufa’, a 2016 stage play at the Kenya National Theatre, ‘Necessary Madness’ in 2018, another acclaimed play at the same venue, among many others.

Having been a stage and screen actor for majority of his career, he has embarked on learning to be behind the camera and calling the shots as a director and producer under the umbrella of a Christian production house called Film Lab Kenya. Thus far, they have done a dozen short films and won two awards for their efforts.

After being involved in many and diverse projects over a period of 14 years, Kawa has amassed a lot of skills and networks in the industry so much so, that he came up with his production company, Spearhead Entertainment. He uses this outfit to grow the art fraternity by producing films, and offering online publicity, PR and management services to artistic events, personalities and institutions through the ‘Sanaa Post’ and ‘Sanaa Talks’ initiatives.

To cap it all, mentorship and discovering talent and introducing it to the industry is Kawa’s number one mission and passion. In his own words, “…I was given a chance by someone who believed in me to be who I am today, why not PASS IT ON…”