Think you’re the next best African film and TV creative? Then apply to join the MTF Academy Class of 2022! 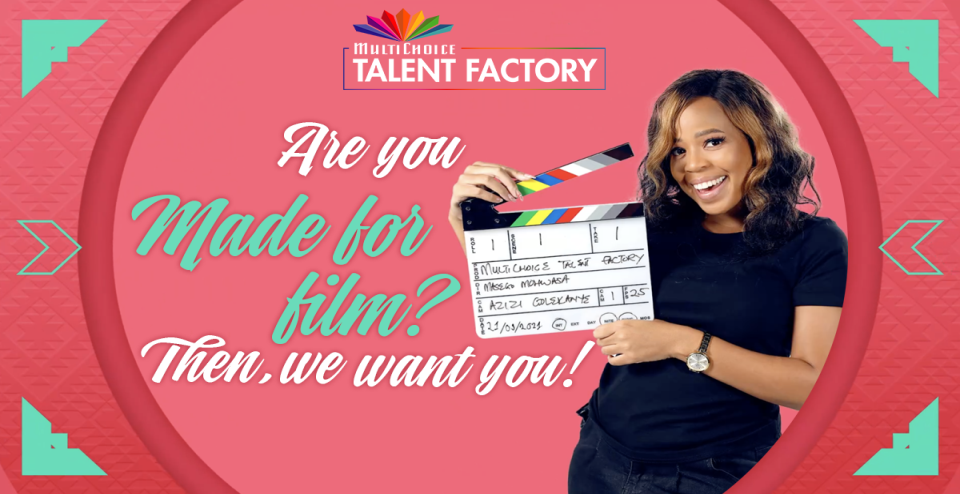 Think you’re the next best African film and TV creative?

Then apply to join the MTF Academy Class of 2022! The pan-African initiative is searching for 60 aspiring film and TV creatives from Southern Africa, West Africa and East Africa to be part of the Class of 2022.

1 June 2021: Now approaching its third year, the MultiChoice Talent Factory (MTF) Academy is thrilled to announce calls for applications for its sought-after film and TV training programme! Applications are open from 1 June to 30 June 2021 and are to be completed on https://cte.multichoicetalentfactory.com/Home/MTFHome

The call is open to all emerging filmmakers with either some industry experience or a relevant post-school qualification in film to apply for this exciting opportunity to hone their television and film production skills.

“The MTF Academy is our commitment to the future of our Industry and gives young Africans the chance to hone their television and film production skills through a world-class training programme. After two successful years, we’re proud to announce a new call to entry to and look forward to meeting the next generation of African film makers,” says Yolisa Phahle, MultiChoice Group CEO of General Entertainment & Connected Video.

Launched in May 2018, the MTF Academy has so far given 120 students the chance to harness their expertise in film and TV, moulding them into skilled industry professionals. The Class of 2020 set a precedent as the first cohort of students to work during a pandemic. As a result, the programme was extended from 12 to 18 months. This additional time allowed the students to graduate with two qualifications as opposed to one.

Despite adapting to the Covid-19 restrictions, the Class of 2020 had other opportunities to shine: they were active participants during the virtual MTF Masterclass sessions and worked on the global Pledge to Pause PSAs for the United Nations Verified campaign. They also got to make short films in their home countries which launched as part of the ‘Colours of Africa’ series airing on Showmax and M-Net AfroCinema pop-up channel as part of the Africa Month campaign in May.

Like previous years, all 60 students alongside select members of the public will get to participate in the MTF Masterclasses, which are powered by various industry partners including Dolby, CBS Justice and Jasco Broadcast Solutions offering AVID software masterclasses to name a few.

The illustrious New York Film Academy of Visual and Performing Arts (NYFA) continues its commitment as an MTF Masterclasses partner and to award its annual 8 weeks NYFA Scholarship at the Academy in New York to the top performing student from each region.

“The Covid-19 pandemic was undoubtedly a difficult challenge both for all involved in keeping the MTF Academy programme going as well as the students. The unwavering support from stakeholders, partners and students has nevertheless been overwhelming. We couldn’t be more excited to have reached our third year as one of the MultiChoice Group’s anchor shared value initiatives directly investing to the next generation of African storytellers,” says Cheryl Uys-Allie, Director of the MultiChoice Talent Factory initiative.

Entries are ONLY open in 13 countries and the markets eligible for entry include:

Only completed applications submitted on https://cte.multichoicetalentfactory.com/Home/MTFHomewill be considered.

All applications must be submitted by 30 June 2021 before 17:00 SAST. Applications past that deadline will not be considered.

Join the MTF social media conversation on the hashtag #MultiChoiceTalentFactory and follow: