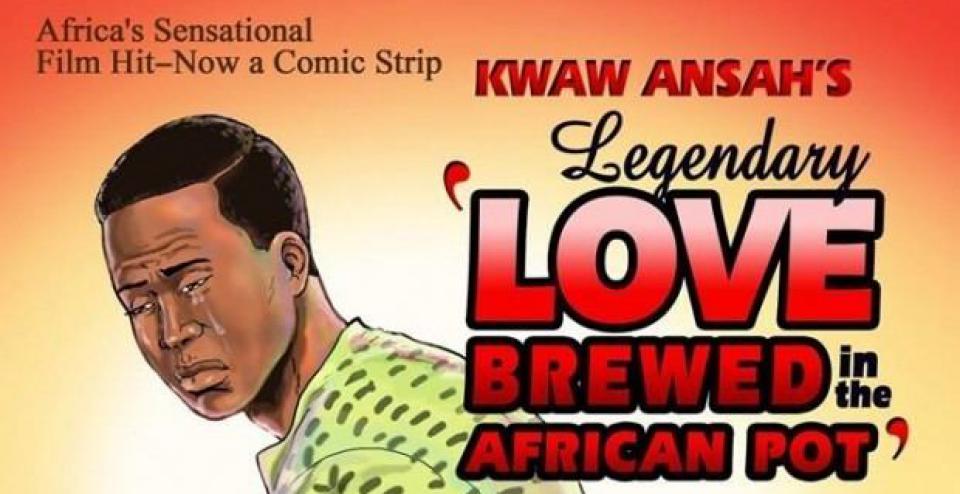 It’s been said that the future of storytelling in Africa is digital. In celebration of Africa Day, here are six individuals who took Africa’s stories to the world with their productions.

No journey into impactful classic filmmaking can begin without diving into the veterans of powerful storytelling in film. Ansah is one of them, and well-known for his internationally acclaimed and continentally-loved 1980s film Love Brewed in The African . Alongside garnering international awards, the film also won the highly-coveted Oumarou Ganda award at FESPACO, Africa’s largest film festival. Ansah wrote, produced and directed the film, which is also reportedly the very first privately-financed film in Ghana.

From the best-selling novel Half of a Yellow Sun by Nigerian novelist Chimamanda Ngozi Adichie came an even triumphant Hollywood blockbuster film adaptation in 2013 with the same title. The film was brought to life by Nigerian director Biyi Bandele and starred British-Nigerian actors Thandie Newton and Chiwetel Ejiofor and American actress Anika Noni Rose. Both novel and film played a significant role in bringing the Biafran War of the 1960s to the fore as for many years, the civil war was never a part of Nigerian public discourse. The moving film portrayal of the war, how it affected human relationships and its legacy are now on the world stage.

Ghanaian film director and self-professed Afrofuturist Jonathan Dotse is always thinking about the future from an African perspective – how to approach it, write about it and most importantly how to depict it. It’s no wonder that he was responsible for creating the 2015 short film Pandora, the first 360-degree African Virtual Reality (VR) film. Dotse is also one of the very few African artists experimenting with the VR medium on a creative basis to see how it can be used as a medium of telling Africa’s stories.

Award-winning Nigerian producer and actress Genevieve Nnaji has been a part of Nigeria’s film royalty for years. It was, however, her directorial debut Lionheart that further cemented her accomplishments. The 2018 film, which follows the story of a young woman who has to work alongside her uncle in order to save her father’s company from crumbling in debt, was bought by Netflix and became Nigeria’s very first Netflix Original film.  It also reportedly made Nnaji a millionaire.

If you know of Nigeria’s ‘alt Nollywood’ movement, then you know of Nigerian video artist and filmmaker Zina Saro-Wiwa. Often referred to as the founder of the movement, Saro-Wiwa’s video installation work and short films are largely based on subverting typical Nollywood conventions and tropes. In her 2010 short film Phyllis, for example, she uses the typical dramatic atmosphere that one would have in a Nollywood film and redirecting it to highlight more serious themes such as femininity, mental health, hardship and loneliness. Saro-Wiwa’s films deliberately have a low-budget aesthetic, much like Nollywood films albeit with a more complex atmosphere. Saro-Wiwa’s deep dive into more nuanced issues, as well as making a number of her short films available online, is a clear indication of how dynamic the creative spirit for filmmaking is in the country.

There are Netflix and Hulu, then there’s Africa’s very own iROKO TV. Founded by Nigerian entrepreneur and start-up investor Jason Njoku and his partner Bastian Gotter, iROKO TV is one of Africa’s first on-demand streaming service for Nigerian films. Since being launched in 2011, the film streaming platform has provided access to films and original TV series that can be streamed on all digital devices via its app and website.