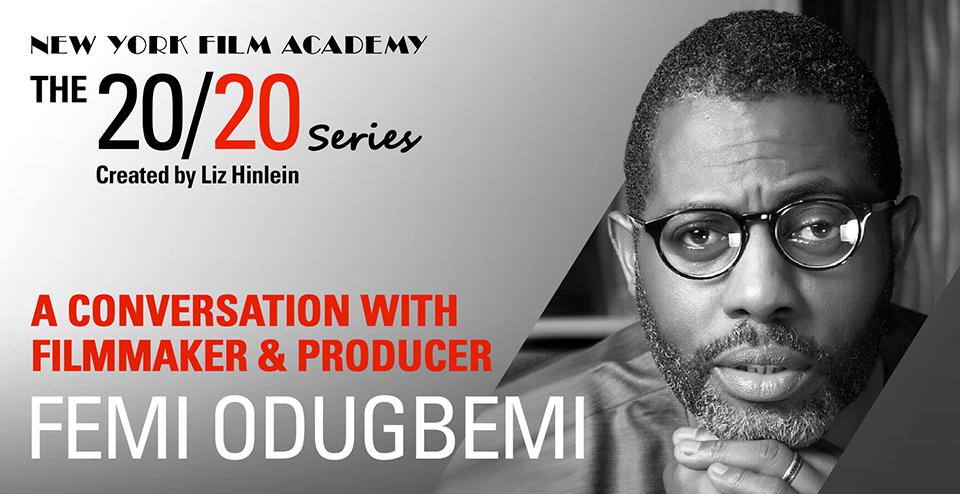 The 20/20 Series: A Conversation with filmmaker and producer Femi Odugbemi will take place on 22 July at 9pm CAT, and is part of a pop-up event that invites audiences into the homes and workspaces of creative visionaries from across the globe as they share insights into their artistic process and practice. Odugbemi is included in a guest line-up which has, since its launch earlier this year, featured creatives such as award-winning US film director, Adam Bernstein, Golden Globe nominated actor Piper Perabo, and Emmy Award-winning and Academy Award-nominated filmmaker Joe Berlinger, to name only a few.

Odugbemi – who is also a producer, director, member of Academy of Motion Picture Arts and Sciences in the US and four-time head judge for Africa Magic Viewers Choice Awards – will be in conversation with The 20/20 Series creator Liz Hinlein, the creative director of filmmaking and cinematography at NYFA, as well as an award-winning director and cinematographer. Open to the public as a way of encouraging global connection and creativity, which is a key mission of NYFA, the first half of the webinar will feature a 20 minute discussion between Hinlein and Odugbemi, followed by a 20-minute Q&A with viewers.

Hinlein’s conversation with Odugbemi marks NYFA’s ongoing partnership with the MTF Academy Programme, MultiChoice Africa’s flagship corporate shared value initiative aimed at upskilling the next generation of African TV and film creators with a 12-month training programme at academies in Nigeria, Kenya and Zambia. “We recognise the importance of storytelling as a cultural exchange that promotes understanding and how the work of the MultiChoice Talent Factory and the New York Film Academy is critical to helping passionate young storytellers find their ‘voice’ cinematically to achieve that potential,” added Odugbemi.

NYFA launched its partnership with MTF in 2018, during the inaugural year of the MTF academies programme and in 2019, this relationship saw MTF students - one from each of the three academies in West (Lagos), East (Nairobi) and Southern Africa (Lusaka) - given a once in a lifetime opportunity to participate in an eight-weeks film workshop at NYFA, one of the world’s leading visual and performing arts schools committed to developing students through a “learning by doing” approach. Mainala Silondwa (Zambia), Gilbert Bassey (Nigeria) and Hillary Lanogwa (Kenya) were selected as top of their classes for the prestigious full-tuition award.

Recalling his time at NYFA, Lanogwa says, “The eight-weeks filmmaking programme was really exciting and overwhelming. Meeting different colleagues from across the world with the same agenda and passion for film, was amazing! I was glad to learn from my colleagues from countries like Brazil, Argentina, Europe and Zambia. The programme was intensive and hands on, which I believe was a way to prepare me for the industry. What a dream come true. Thanks to MTF and NYFA!”

Building on the transatlantic partnership that seeks to strengthen and amplify creative voices in film and TV, the conversation between Odugbemi and Hinlein is not to be missed as a platform for critical discourse on film!